A family from Ohio sits for the camera operator in this late Civil War photograph. The boys appear too young to have enlisted, although children their age joined the army throughout the war. An Internal Revenue Service stamp on the back of the mount dates this image between 1864-1866, during which time the federal government levied a tax on photographs and other items to pay for the war. 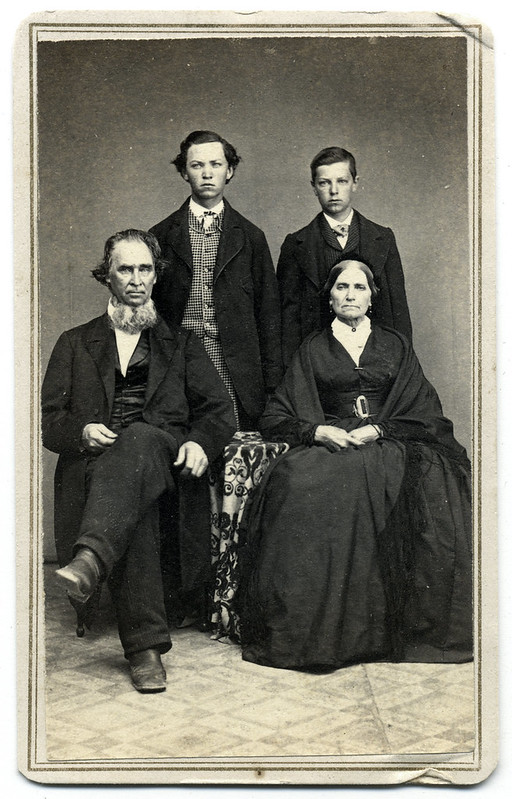