There are dozens of Minnesota men named Lars Larson recorded in the 1860 U.S. Census, and this is very likely one of them. The name is inscribed on the back of the mount. Also present on the reverse is a internal revenue stamp, which was used by the federal government between 1864 and 1866 to help pay for the Civil War. The stamp covers the photographer’s advertising mark—all that is visible is the city, Minneapolis, Minnesota.

While the Norwegian name may be commonplace, the elaborate background is not. Larson rests his left hand on a book that lay on an impressive balustrade, and behind him is a wood-trimmed door or window frame from which hangs a decorative curtain and tassels. The darkness inside the frame creates contrast with his face. 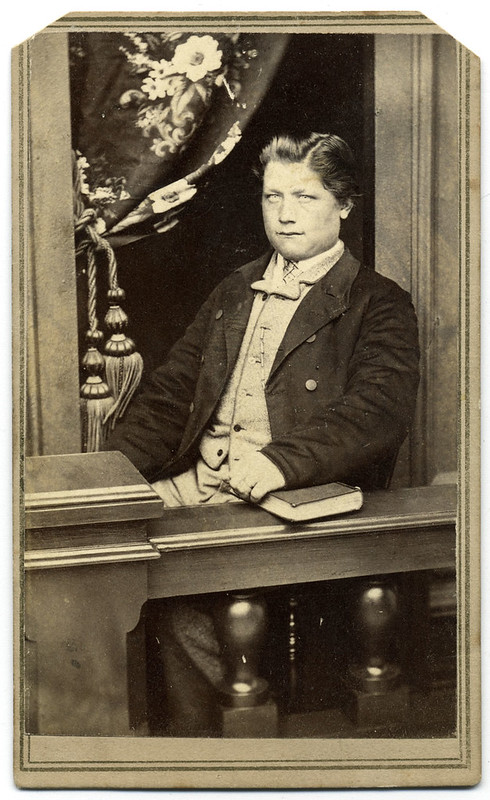