As many of you who have followed my work here, I’ve been collecting Civil War period photographs since my teen years. Unlike many collectors who specialize in soldiers from a specific state or regiment, my focus is on exceptional portraits of soldiers and civilians, identified and unidentified. I am primarily driven by aesthetics. And when I find great images of identified soldiers, I research and tell their stories.

The image reproduced here is new to my collection. This little girl holds a basket of flowers and sits in an ornate chair with her bare feet hanging over the side of the seat. The image probably dates from early in the Civil War period. The edges of the cardboard mount have been severely cut, which indicates that the original owner trimmed the card to fit into a photograph album. The individual was following directions that were included by album manufacturers to avoid the image being bent on insertion into the stiff pages. 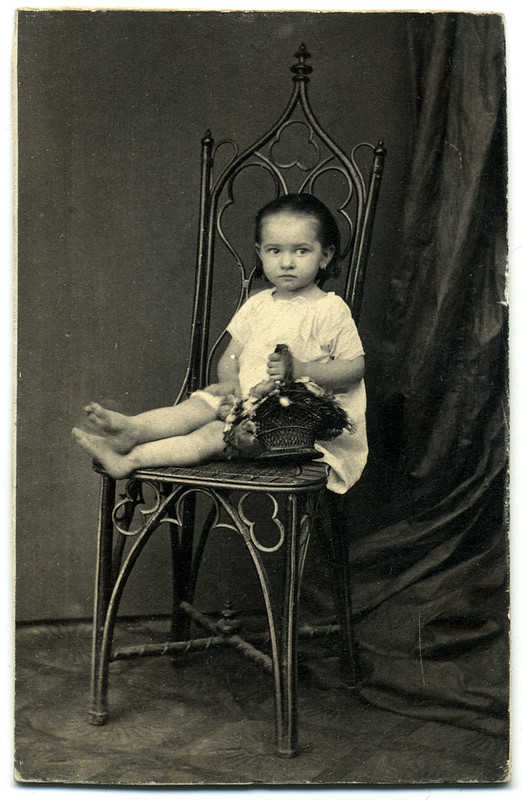