This tintype by an unidentified photographer pictures two women posed with what appears to be the tools of their trade, which includes a straw broom, dish ware, and a towel. The individual standing on the left also holds a paper, which may be a letter of introduction or instructions of some sort.

This tintype is contained in a paper mat similar in size to a carte de visite. The border of the mat is embossed with 28 stars, and in the upper left is stamped “Potter’s Patent March 7 1865.” This is one of about 20 different designs patented by Ray W. Potter of New York City. It’s primary purpose was to hold tintypes, also known as ferrotypes. “The invention consists of a card provided in its center with a raised frame in such a manner that an ambrotype, daguerreotype or other photographic picture, or a picture of any other description, can be placed in the cavity formed at the back of the card, and said card will form the frame for the picture, and serve to exhibit to good advantage,” states U.S. Patent No. 46,699. 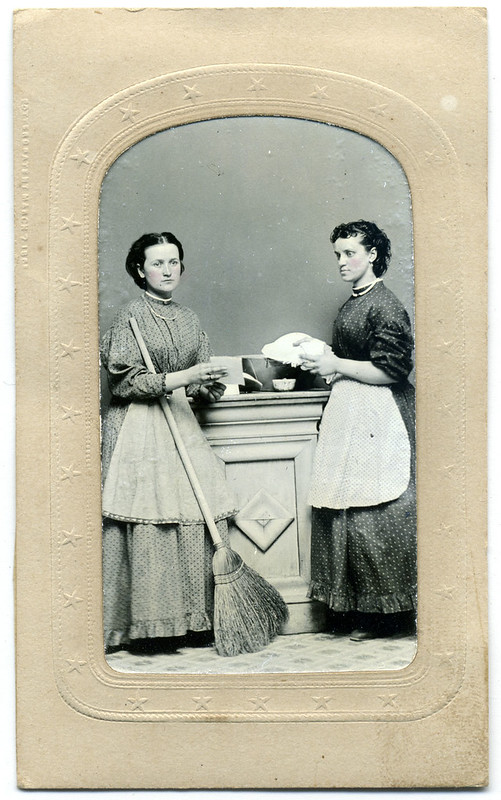