A Union soldier dressed in the elaborate Zouave style photographed in Utica, N.Y. It is possible that this unidentified man served in the 146th New York Infantry, which was raised in Utica and other towns in Oneida County, N.Y. The regiment wore Zouave uniforms during part of their enlistment.

Original Zouave images are uncommon, and this is one of the better photos that I’ve seen.

J.B. Smith’s patriotic studio mark, stamped on the back of the mount of the photo, leaves no doubt where his loyalties were. I admire the lean and powerful eagle, wings in motion, head raised, Union shield below and thirteen stars above. Young, strong, powerful America! 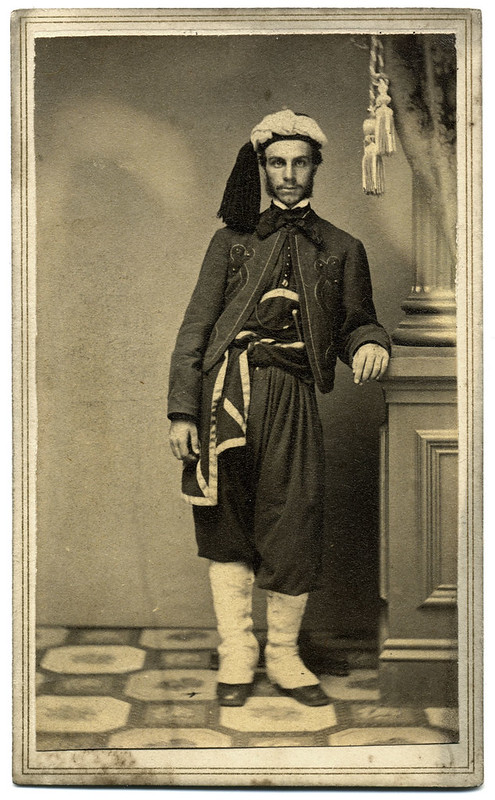