The companion image to yesterday’s post is this carte de visite by an anonymous photographer. An individual wearing a Morse Diving Helmet and an insulated suit stands in a photographer’s studio. A modern pencil identification on the back of the mount of this image names this diver as “Hyde,” and is associated with a tintype of a man in the uniform of a Union sailor. According to a previous owner, the sailor’s first name is George. There is however no record of a George Hyde in the U.S. navy during the Civil War period. 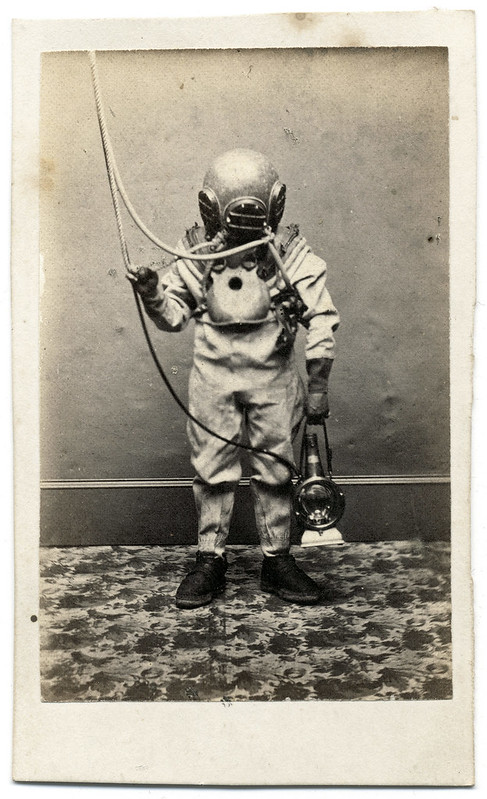