A carte de visite by an unidentified photographer of an unnamed Union cavalryman with one hand resting on the hilt of his saber, and another holding an 1860 Army Colt revolver. He stands in front of the Stars and Stripes, which has been tacked to a canvas backdrop that hangs over simple wood flooring. Penciled on one fold of the flag is a word, and it appears to be “Indiana.” 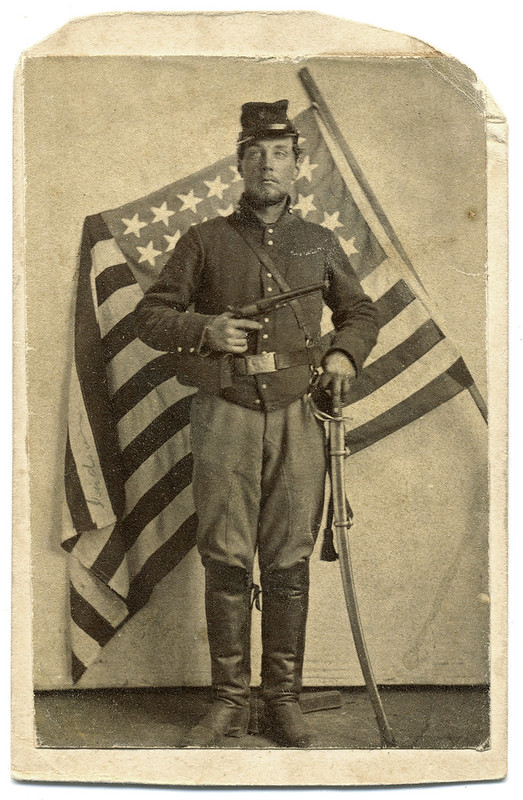