John Franklin McGlensey graduated from the U.S. Naval Academy in June 1861, and three months later the 19-year-old was in command of a navy vessel in the Potomac River. His story is the subject of my latest “Faces of War” column, which runs in the Civil War News. An excerpt:

The rebels raised their flag and replied with a barrage from their big guns. They kept up a rapid fire into the afternoon. At some point during the action, the federals observed a small launch anchored in front of the battery. Midshipman McGlensey ordered the Murray in and captured the craft. The bold move drew fire from the Freestone battery, but the crew of the Murray managed to secure the launch and tow it away. “She accomplished it without any injury to herself or those on board,” noted Lt. McCrea.

Read the rest of McGlensey’s story.

Reporter Mike Ruane wrote about the unusual photograph of Andrew Martin Chandler of the 44th Mississippi Infantry and family slave Silas in today’s Post. The image was donated to the Library of Congress by Tom Liljenquist, who learned about the image from my book, African American Faces of the Civil War. The image originally appeared on a 2009 segment of PBS Antiques Roadshow.

The Antiques Roadshow segment was brought to my attention by Richert Salondaka, with whom I became acquainted when my wife, Anne, and I lived in Northern California back in the late 1980s and early 90s. I remember Richert noting that this has got to be in my book! he was right. I tracked down the owner of the photograph, and eventually obtained permission to publish it in African American Faces.

Since then, the photo has appeared on PBS History Detectives, and it continues to be the subject of conversation about slavery and the Confederacy.

Now it is in the Library of Congress—and it belongs to the American people.

An excerpt from Ruane’s story:

Liljenquist bought the photograph from descendants of Andrew Chandler on Aug. 15 and immediately gave it over to the library. “I owned it for about 10 minutes,” he said last week.

He declined to say how much it cost or identify the owner. But five years ago, on the “Antiques Roadshow” television program, the picture was said to be worth $30,000 to $40,000.

In an interview at the library, he said the photo captured “two remarkable young men … (who) look very sincere, maybe a little bit scared, maybe not.”

One of the most unique Civil War images to surface in recent years is now part of the Liljenquist Family Collection at the Library of Congress. According to Tom Liljenquist, the sixth-plate tintype of Sgt. Andrew Martin Chandler of the 44th Mississippi Infantry and his family slave, Silas, was delivered to the Library this afternoon.

Liljenquist, accompanied by Chandler Battaile Jr., a descendent of Sgt. Chandler, were met by senior staff and other Library employees to receive the photo about 3 pm today.

The image has been a focus of attention since it was shown on PBS in a 2009 episode of Antiques Roadshow, and again in a 2011 segment of History Detectives. The photo has been put forth by some as proof that Silas was a “Black Confederate” who fought for the South, while others have provided primary research that establishes Silas was no more than a slave who served two of his master’s soldier sons during the war.

The Chandler story has been the subject of numerous books and articles. Battaile has requested that the version included in my 2012 book, African American Faces of the Civil War, be posted with the image on the Library’s site along with the image. I wrote another version that appeared as part of the New York Times Disunion series, “A Slave’s Service in the Confederate Army.”

The image included here was taken from a scan that I made from the original tintype with permission of Chandler Battaile Jr. in 2009. 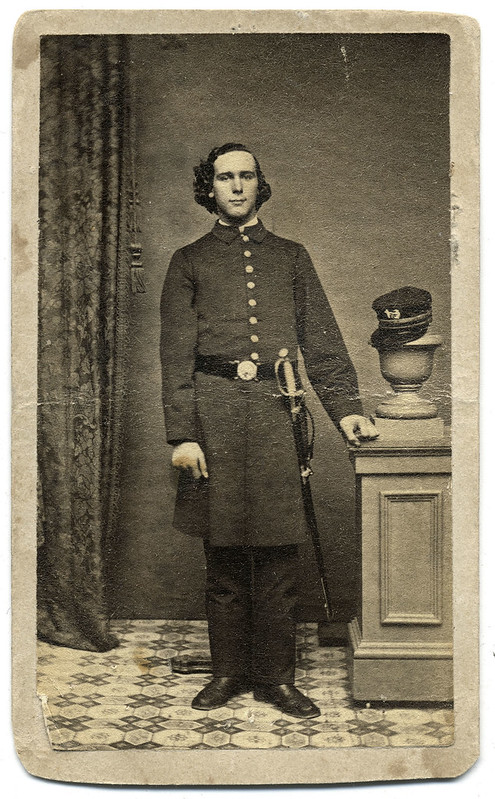