A profile of Samuel J. Shipley’s life appeared in the History of Fayette County, Indiana, published by B.F. Bowen & Co. of Indianapolis, Indiana, in 1917:

“Samuel J. Shipley, a resident of Fayette county from 1819 until his death in 1897, a member of the first class to graduate from the United States Naval Academy, at Annapolis. a participant in the Civil War and one of the best beloved men of a past generation in the county, was born in Wilmington, Delaware, December 24, 1813, the son of Joseph Shipley and Mary H. (Test) Shipley. He came with his mother to Fayette county when he was six years of age, his father having died leaving his wife with four small children.

It was the childish ambition of Shipley to become a sailor, and when he was nineteen years of age Jonathan McCarty, then congressman from this district, secured an appointment for him as midshipman in the navy. This was before there was a naval academy and it was not until 1839 that Congress established such an institution, the first one being located at Philadelphia. Shipley was enrolled as a student at the time of its inception and when the academy was removed to Annapolis the following year, he became a member of the first class, graduating in the spring of 1840.

Shipley continued his career at sea year after year, being advanced to a lieutenancy in 1847 at the close of the Mexican War. At the opening of the Civil War he was stationed at Fortress Monroe as commander of the “Brandywine,” but his health became impaired and he was compelled to retire from his command in 1863. He at once returned to his home in Fayette county and settled down on his farm in Harrison township, which he had purchased in 1837. There he continued to reside with his daughter until a few years before his death, when he moved to Connersville where he died on July 11, 1897.

Lieutenant Shipley was married on November 14, 1841, to Martha Holton, but his wife died two years later, leaving a daughter, Jennie Shipley, who is still living in Connersville.“ 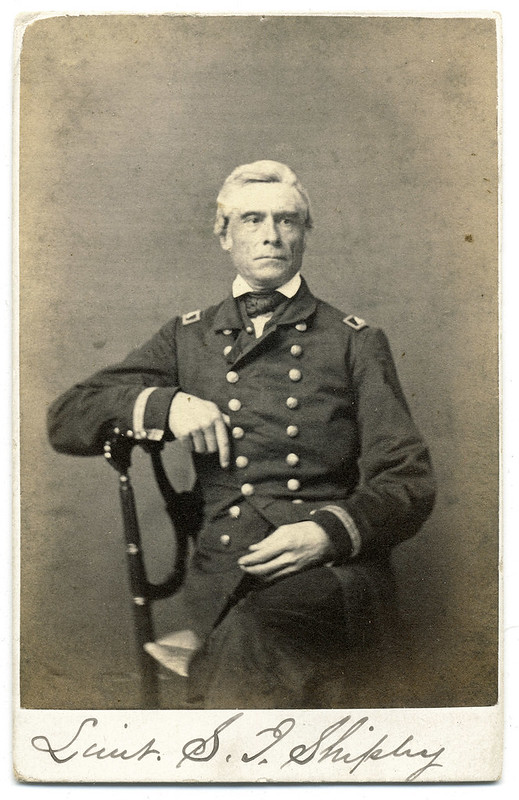