John McGregor, the surgeon of the 3rd Connecticut Infantry, was captured during the First Battle of Bull Run on July 21, 1861. The story of who he was as a man, and of his Civil War experience, can be glimpsed in these eight quotes from the “Life and Deeds of John McGregor:”

“He was educated, believed, and acted, according to the political principles of Abraham Lincoln.”

“When a man in the doctor’s position, was ready and willing to leave his home, his friends, his large practice, and almost everything which makes life desirable, to enter the army, and to be subjected to all the sufferings and hardships of war, others were ready to follow his example. He never would encourage men to do what he dared not do himself. His motto was, “Men, follow!’”

“The morning of July 21st, he went with his regiment to the battle field, and there stopped at a house which was to be used as a hospital for our wounded. He remained there through the day, faithfully attending his duties. When the retreat was ordered, I rode up to the hospital. The doctor came to the door, all besmeared with blood. I told him that a retreat was ordered, and for his own safety, he had better leave at once. He asked me if there was any preparation for removing the wounded men. I told him there was not. He then turned and went into the hospital. As he turned, he said, ‘Major, I cannot leave the wounded men, and I shall stay with them, and let the result follow.’ That was the last time I saw him.”

“At last, I was taken from the prison pen at Salisbury, and left upon the banks of the James river, completely destitute. For what purpose I was left there, in that condition, I can assign but one reason, and that is that they left me there to die. I took survey of my situation, and while doing so, these words flashed through my mind; ‘Hope on, hope ever.’”

“As the steamer slowly moved up the river, something seemed to say, ‘Now is the time for you to make an exertion.’ I at once began to do everything which I could to attract their attention. Soon I was overjoyed to see the steamer stop. I could see that they were lowering a boat, and soon I saw them pulling for the shore. At first they thought that I was placed there as a decoy to entrap them; but after the captain had viewed me through his glass, he thought otherwise, and ordered his men to come and see what I wanted. I told those men that I had been a prisoner a long time, and wished to get once more within the Union lines.”

“I had an interview with the President and Secretary Stanton. At that time all the reliable information which could be gathered concerning the rebels’ movements, was highly prized. I was constantly surrounded by reporters, but after I had given the President and Secretary Stanton all the information which I could concerning the South, I closed the doors upon the reporters.”

“As he entered the village, the bells in the steeples commenced ringing out the glad tidings, and at the same moments many familiar voices broke the stillness of the evening by singing one of his favorite hymns, ‘Home again, home again.’ He then discovered that he was surrounded by the village people, who had turned out in a mass to receive him. He was then escorted to his home, the multitude dispersed in a quiet manner, and he was left to enjoy once more the presence of his family friends. He arrived home on Saturday evening, August 3d 1862.”

“At times he was almost afraid that he would become demented. His experience in the fourteen months seemed more like a horrid dream than a reality; but as time passed on, his flesh and strength returned, his mind became more clear, and he was ready to go at them again.” 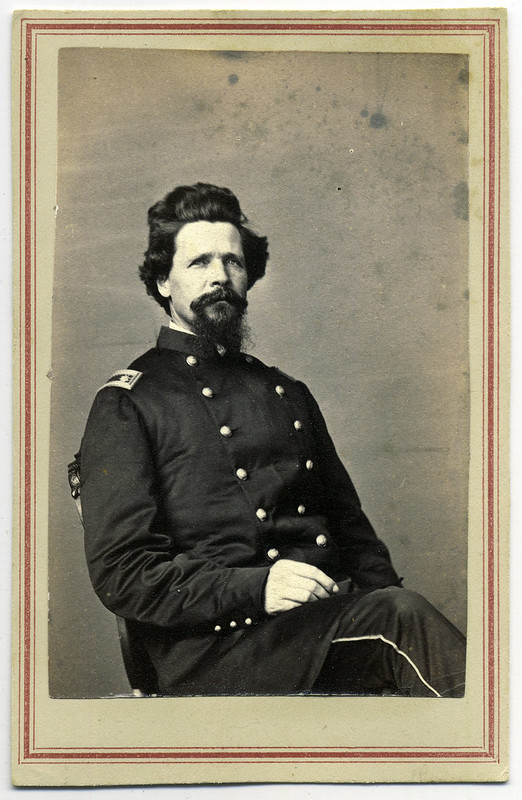