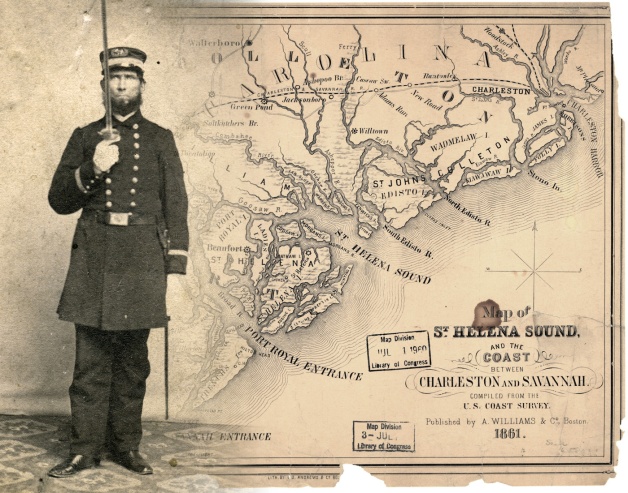 One evening in the spring of 1863, a detachment of Union sailors moved stealthily across the grounds of a South Carolina plantation. 35-strong and heavily armed, they were attracted to the estate by a report of rebel activity. Before long they surprised a picket of nine Confederate cavalry and captured them after a brief fight.

The bluejackets served on the Kingfisher, a sleek bark that operated in and about the Sea Islands below Charleston. Her commander, 42-year-old John Clark Dutch, enjoyed a sterling reputation in these parts — and this exploit added to his luster.

Read more about his life and times.

Dutch’s story appears in the December 2015 issue of the Civil War News.