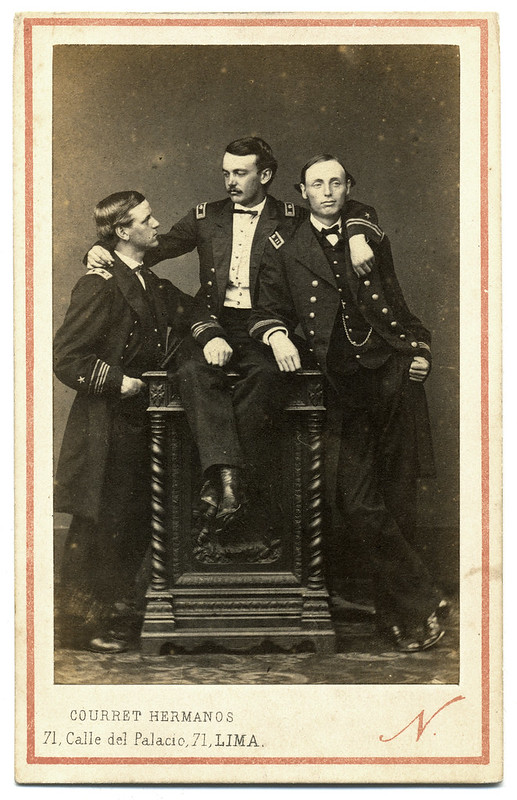 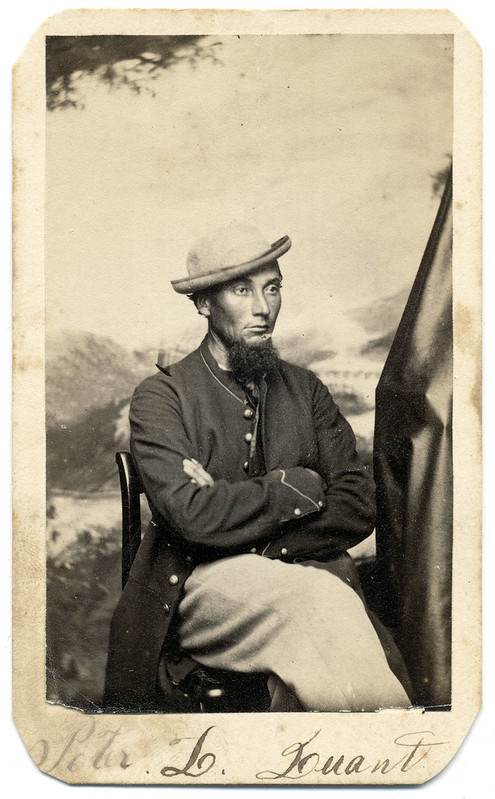 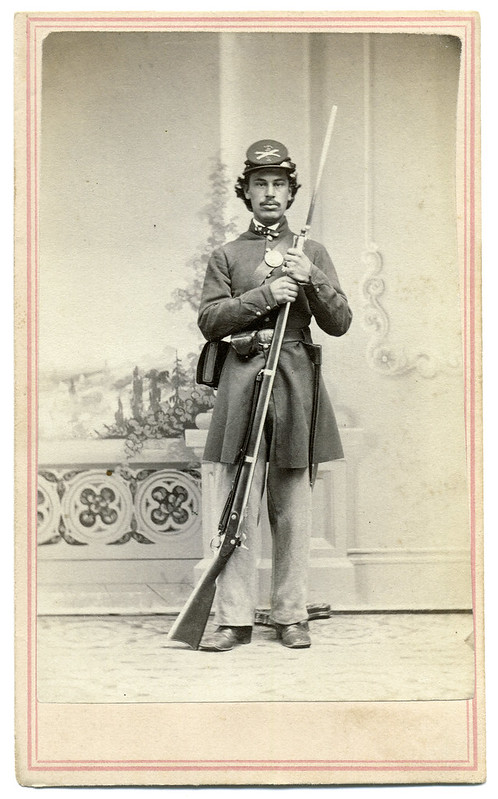 My latest Civil War News profile is the story of William Starr Dana and his navy experience. An excerpt:

A hailstorm of rebel artillery pounded Union Rear Adm. David Farragut’s flagship, the Hartford, as she steamed into Mobile Bay at the head of the attacking fleet on August 5, 1864. Shells tore through her planking as heavy metal fragments and wood splinters careened through the air at lightning speed and took a deadly toll on officers and men.

Cmdr. Richard Starr Dana, U.S. Navy, standing, and his brother, Richard Starr Dana. Carte de visite by an unidentified photographer, about October 1863. Collection of the author.
One well-aimed projectile ripped through the Hartford’s battle-scarred wooden hull and blasted the forward berth deck. The commander of this section of the ship, Ensign William S. Dana, recalled, “Fragments of the shell flew over my head and I was covered by the brains and blood of the man next to me.” This single shot killed three and wounded two, which removed more than a third of his 13-man crew.

Read the rest on Medium.

A young lady stands before the camera with one arm resting on a table upon which rests her bonnet. The remains of a revenue stamp on the back of the mount dates this carte de visite to 1864-1866, which was taken by Elrod Bros. of Lexington, Ky. Her name is lost to history, and it is not known if she had brothers who may have fought for the North and South. 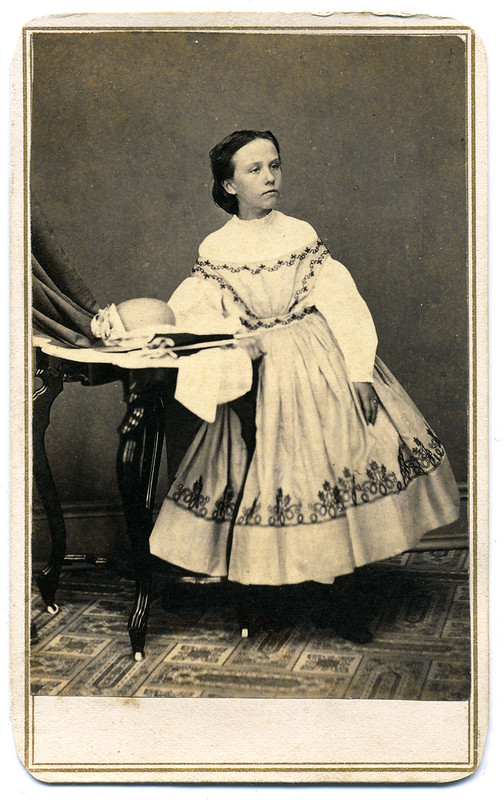 The actual words by Adm. David Farragut during the 1864 Battle of Mobile Bay that became paraphrased as “Damn the torpedoes, full speed speed ahead” are still something of a mystery 150 years after they were uttered.

But according to a newly discovered primary source, the true words spoken by Farragut were: “Damn the torpedoes! Go on! Put the helm a-starboard, Captain Drayton!”

The provenance of this version is an inscription in a gilt-embossed green buckram 1864 pamphlet “Bay-Fight” by Henry H. Brownell (pictured), acting ensign and clerk to Farragut during the Battle of Mobile Bay. The pamphlet was recently sold on Cowan’s Auctions.

Brownell never mentions the “Damn the torpedoes” phrase in his poem. He wrote:

From the main-top, bold and brief,
Came the word of our grand old Chief—
“Go on!”—’twas all he said—
Our helm was put to the starboard,
And the Hartford passed ahead.

But in this pamphlet, Surg. Palmer put a hand-written asterisk next to “Go on!” with this explanatory note:

*All Mr. Brownell heard. Or, perhaps, the Admiral, who was not a profane man, told him to suppress one phrase. When the pilot reported from the “Metacomet” that we were edging down the torpedo-field, Admiral Farragut called, from under the maintop, in these words: “Damn the torpedoes! Go on! Put the helm a-starboard, Captain Drayton!” So we held our breath, and screwed over the bank. -J.C.P.

Two references worthy of mention. The “Metacomet” is one of the Union vessels present and in the thick of the battle. Use of the word “screwed” refers to the action of the screw-propeller engine that drove the ship.

Brownell’s carte de visite is new to my collection, and now available on Pinterest, Tumblr, and Flickr.

Iowa-born and Oregon raised Roswell Hawks Lamson (1838-1903) graduated from the U.S. Naval Academy in 1862. He was promoted to lieutenant, and commanded the gunboats Mount Washington, Gettysburg and Wilderness. In the latter vessel, he participated in the December 1864 attempt to destroy Fort Fisher using a boat loaded with 215 tons of gunpowder. The “powder boat” exploded, but did not damage the fort.

Lamson sat for this carte de visite in the Napoli, Italy, studio of Fratelli Alinar of Napoli. He resigned from the navy in 1866, and returned to Oregon.