Albert Crockett of Durham, Maine, joined the army as soon as he turned 18, which was in 1863. He enlisted as a private in Company E of the Thirtieth Maine Infantry. The regiment played an important part in the failed 1864 Red River Campaign in Louisiana. According to The Union Army, Vol. 1, “It participated in the Red River campaign as a part of the 3d Brigade 1st Division, 19th Corps, and took an honorable part in the battles of Sabine cross-roads and Pleasant Hill on April 8 and 9, respectively. It lost in the two engagements 11 killed, 66 wounded and 71 missing, and during the retreat of the Union forces to the Mississippi river, it took the most prominent part in the dislodgment of the enemy at Cane river crossing, which was perhaps the most gallant action of the disastrous campaign. Its loss here was 2 officers and 10 men killed, 2 officers and 67 men wounded, and 7 men missing.”

Crockett survived the war and lived until 1915. 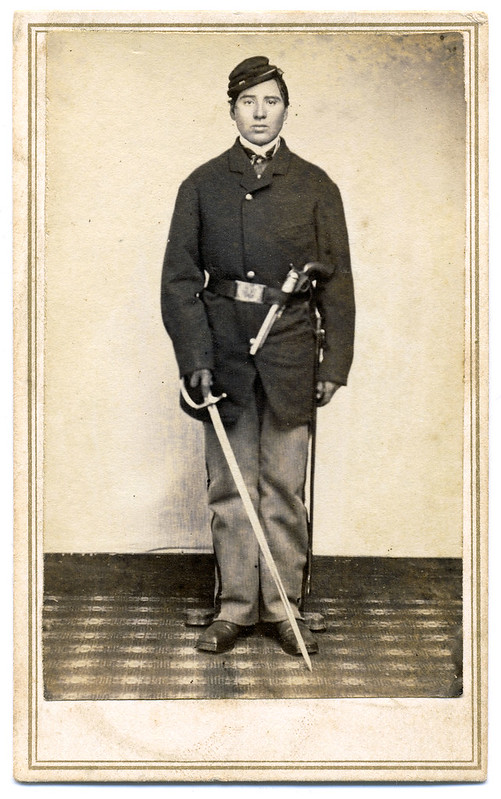