Union navy Master’s Mate Ansel Allen Delano spent a portion of his Civil War experience aboard the gunboat Carrabasset in the West Gulf Coast Squadron. His story appears in the current print edition of the Civil War News, and is now available on Faces of War. An excerpt:

The Carrabasset arrived within a mile of Bayou Teche later that night. The infantrymen disembarked and marched through the darkness with Williams as a guide. They soon arrived at the Williams homestead. According to an official report filed by Simon Jones, the colonel and commander of the Ninety-third, “The family of Mr. Williams, for peculiar and domestic reasons, could not be induced to come with him.”

Colonel Jones noted, “While at Bayou Teche, a party of from twenty-five to thirty of the enemy rode down to the bayou on its southern bank, and dismounting, fired a number of shots at my detachment.”

Jones’s men fired back and drove the enemy away. Then they reconnoitered the area in search of more enemy forces. Back on the Carrabasset, it may have been these same rebels that attacked the ship and crew. Lt. Leonard acted quickly after fire from his guns scattered the enemy. Then he ordered a detachment of sailors in pursuit. Delano may have been placed in charge of the landing party, as it was common practice for the master’s mate to perform this duty.

Acting Master’s Mate Ansel Allen Delano served in the West Gulf Blockading Squadron on the screw steamer Buckthorne during the summer of 1864. On August 5, the ship and crew played an important support role as a fleet tender and dispatch vessel during the Battle of Mobile Bay. A note on the back of this photograph notes that Delano also served on the crew of two other vessels that supported the blockade, the screw steamer Arkansas and the side-wheel steamer Carrabasset.

A native of Barnstable, Mass., Delano survived the war and lived until 1914. His photograph is new to my collection. 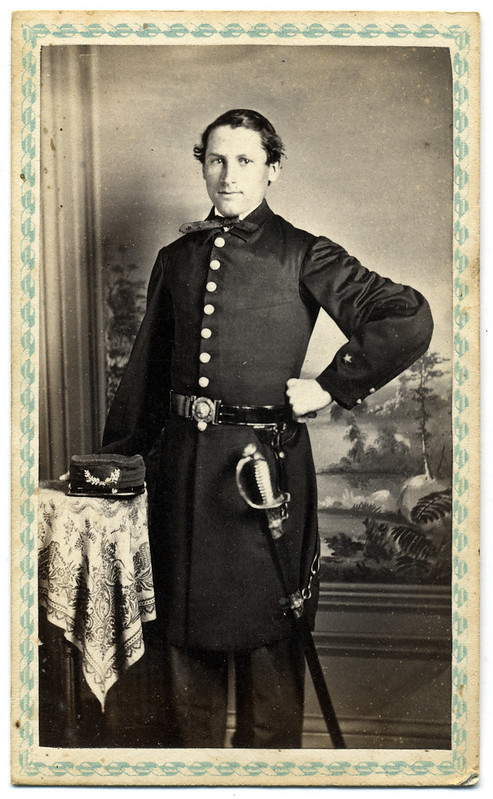