This Union captain is captured in a double exposure photograph, or Photoshop 1860s style. The best brief explanation I’ve found is from an exhibit titled “Early Double Exposure Portraits” on lomography.com: 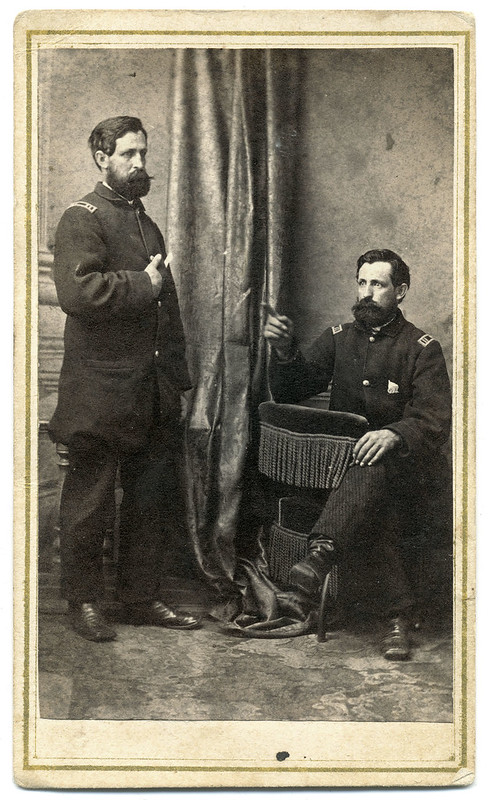