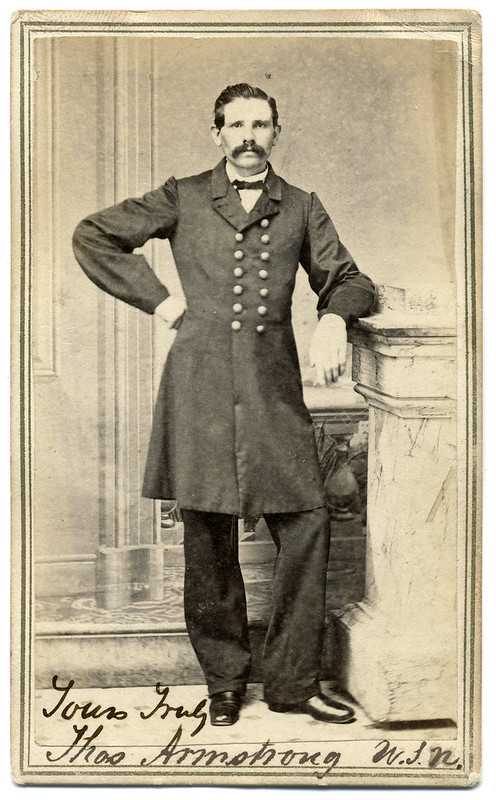 My latest “Faces of War” column in the Civil War News is the story of Benjamin Franklin Wood, an engineer in the U.S. navy. He served on the Sassacus when it encountered the blockade-runner Wild Dayrell 150 years ago yesterday.

Holden observed, “The curling tongues of flame that now shot out from the decks of the Wild Dayrell showed that the torch had been faithfully applied; clouds of lurid smoke poured from the holds, and enveloped the whole of her light masts, sails and rigging.”

He added, “To insure complete ruin of her engines, and to preclude the remote possibility of her ever serving again either her owners or the rebels, both the Sassacus and Florida took position, and shot after shot was fired through the iron hull. Bursting shells soon tore immense holes in bows and stern, or threw masses of shattered deck and cargo high into the air.”

The Wild Dayrell was no more.