Hours before the 54th Massachusetts Infantry and other federal infantry assaulted Fort Wagner, S.C., on July 18, 1863, the Union navy launched a furious bombardment. Six ironclads steamed to within 1,200 yards of the fort and unleashed hell on the garrison. Shell after shell belched from the fiery mouths of the big guns in the turrets of the metal monsters to soften the position, which was critical to the rebel defenses of Charleston. 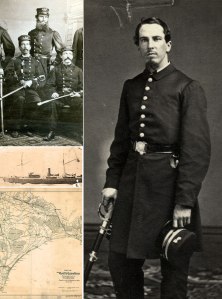 Isaac Bradbury is the subject of my latest Faces of War column, published monthly in the Civil War News. The Union navy ensign from Machias, Maine, spent his service along the Atlantic and Gulf coasts, and saw plenty of action as part of the massive federal blockade that choked the life out of the Confederacy. An excerpt:

He continued, “You can imagine my feelings the first time I was under fire, we got nigh in too the Batterys and they opened on us, and we in return engaged them. Death & destruction was all around, the shells as a majority all over shot us, so at the flash of every gun of the ‘Rebs’ all the officers & men on the spar deck would throw themselves flat on their faces, and as the shells went over us a screaming they made anything but delightful music, in fact I thought I would rather be at home hearing the ‘Machias Cornet Band’ playing ‘Home Sweet Home,’ I think it would be far preferable. But I was doomed to be put to a severe test for a shell suddenly burst among the men cutting one in two and severely wounding several others. The one that was killed fell towards me and the blood spouted over my uniform.” 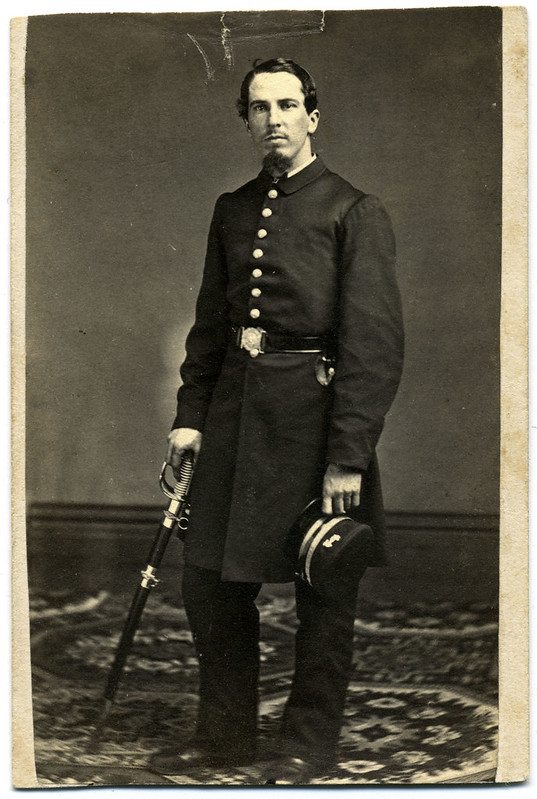 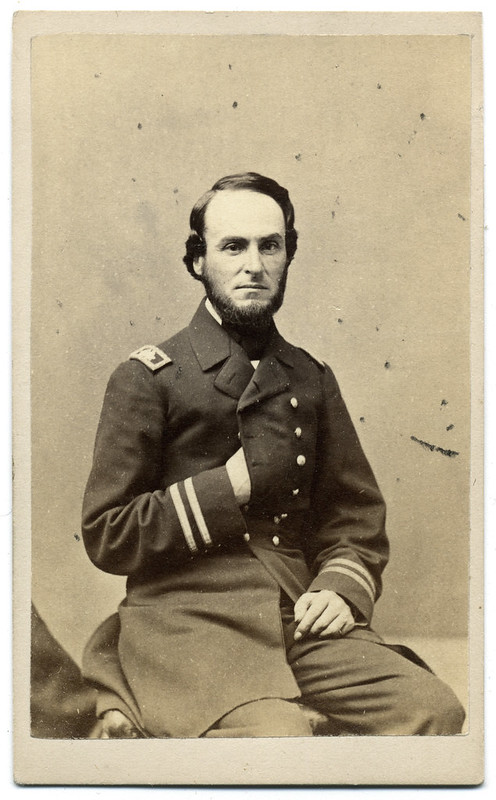