This carte de visite by J.H. Larrabee of Kendallsville, Ind., pictures a federal infantryman with his canteen. Two uncommon notes about his uniform: His gloves is marked with his monogram A.S.H., and the hatband of his forage cap extends across the front edge of the flat part of the cap instead of wrapping around the base.

Written in pencil across the monogramed glove is an undecipherable word, perhaps his name.

Kendallsville was home to Camp Mitchell during the Civil War. Two Indiana regiments trained there, the 12th Cavalry and the 129th Infantry. 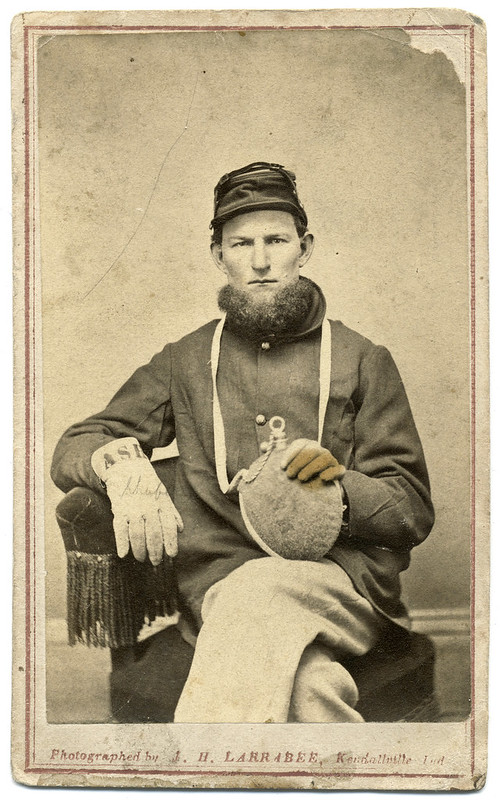