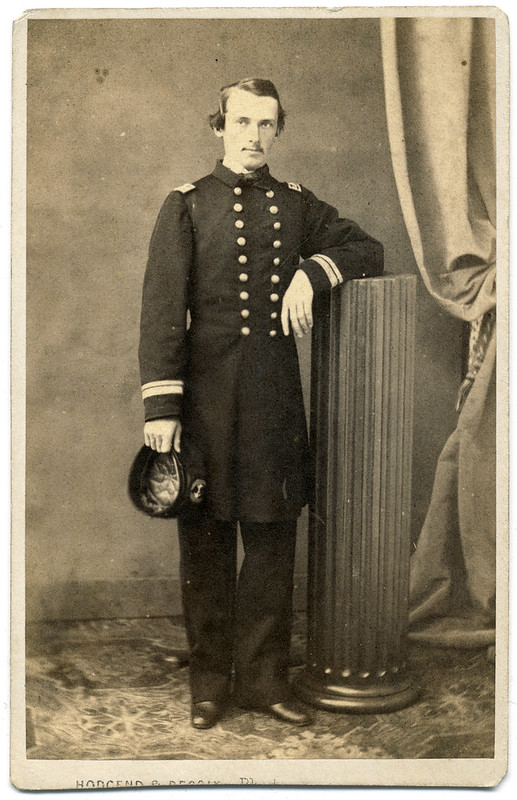 When I find an identified Civil War image up for auction on eBay or elsewhere, I usually invest a bit of time into pre-research to verify his identity and learn a bit about him before I bid.

When this portrait of navy engineer Benjamin F. Wood came up for auction, I had every intention of doing my normal research. However, the deadline arrived before I was able to find the time, so I simply took my chances and bid.

Turns out I was the winner!

After receiving the image in the mail, and reading his name neatly written on the back, along with his rank (3rd assistant engineer), ship (USS Sassacus), and date (April 1862), it occurred to me that the “F” most likely stood for “Franklin.” So many men from the Civil War generation were named for Benjamin Franklin (and George Washington), and chances were good that a search for “Benjamin Franklin Wood” might yield a successful result.

So I typed the full name, along with “navy” and “civil war” into Google and hit enter. The first result was this wonderfully detailed obituary that appeared in the November 1910 issue of the Journal of the American Society of Naval Engineers:

If our obituary were under the caption of Benjamin Franklin Wood its designation would probably not be nearly so well recognized as under that of Ben. Wood.

Chief Engineer Ben. Wood was a character, and will long be remembered in the service. He was born in New York in 1836, and learned the trade of machinist at Fletcher & Harrison’s in New York City. He was naturally gifted in engineering, and, though never a great student nor a man of scientific pretensions, he was possessed of that quality known in his day as “gumption.” He could see into a millstone as far as the wisest man, and, with his rule in his hand, could tell very closely what the diameter of a shaft should be or the amount of draft a key should have, and you might figure on it an hour without being able to prove the error, if it existed.

He was a man of great resource. When the double ender Sassacus lost her steering gear in a storm, and the vessel was in danger “Ben.” improvised a temporary rudder which served its purpose. This was not until other improvisions had failed.

During the Civil War “Ben.” served on board the Lancaster in the Pacific, afterwards on the monitor Lehigh and on the double-end gunboats Sassacus and Mohongo, in the North Atlantic Squadron. After the war had ended he served in the monitor Dictator; at the Morgan Iron Works, and again at the New York Yard. “Ben” was promoted to be a Chief Engineer in 1883, and did inspection duty at Chester, Penna. After that he served on the old Kearsarge. in the European Squadron; on the Ossipee; in the N.A. Squadron, and finally at the Continental Iron Works, Brooklyn, where the so-called torpedo boat Alarm was being altered. He was retired in 1892.

Personally “Ben” Wood was a prepossessing man, with very handsome eyes, fine features and very dark hair, which never turned gray. He was a reticent man, though rather pugnacious. He was a “stickler” for what was right, but, when beaten, always accepted the result, and was never vindictive.

“Ben” was a model husband, a good son, a good father and a good citizen. He was abstemious to a fault, temperate in his living as in his acts. He was ever regarded as a “good shipmate,” and those who had sailed with “Ben” were glad to sail with him again.

Life is short, and in it we are seeking pleasure in our youth and comfort in our old age. Among our shipmates we look for men of capability, integrity and amiability. Ben. Wood possessed the essential of these, and it is a pity that he could not have lived longer. 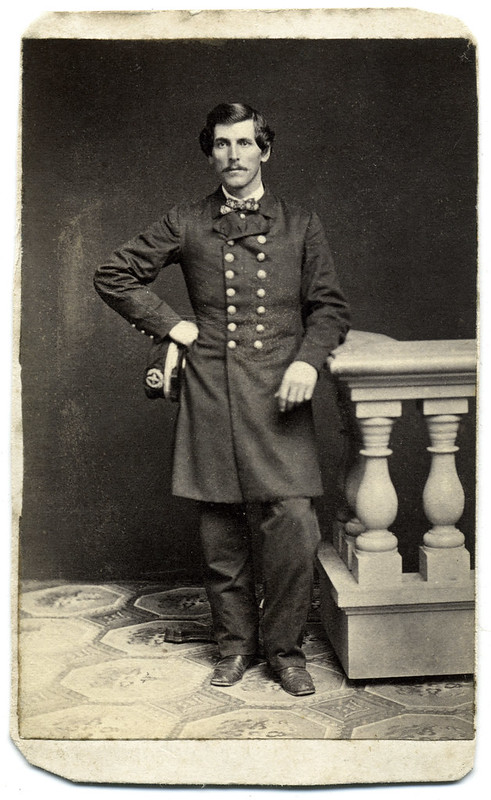