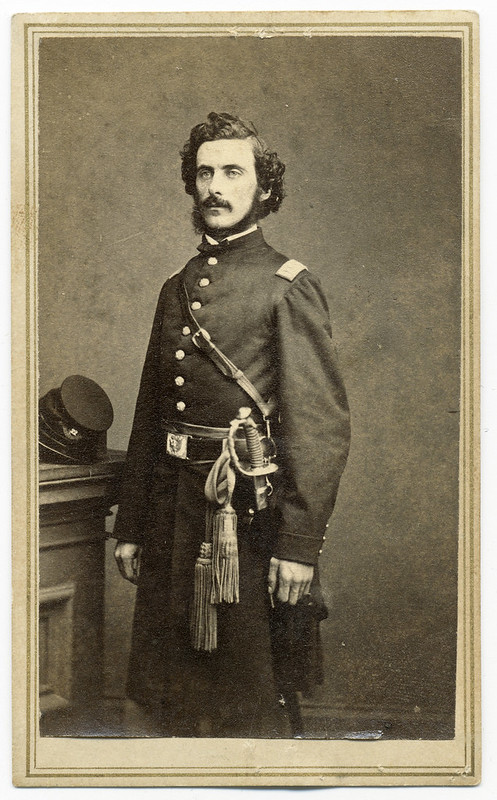 Now available on New York Times Disunion is the story of John James Toffey and how he came to receive the Medal of Honor for conspicuous gallantry when he saved a skirmish line at Chattanooga.

The order to begin what came to be known as the Battle of Orchard Knob (or Indian Hill) was given about 3:30 a.m. Toffey recalled, “We were ordered to charge a very strong position on the extreme right of the rebel line. It was well fortified and surrounded by dense woods, while in front there was an open field over which we had to charge.”

Confederate infantry and sharpshooters concealed themselves in the woods and in rifle pits dug into the banks of Citico Creek, and arranged themselves under cover of a railroad bridge and nearby buildings.

The Southerners opened up a murderous fire almost immediately after the 33rd started forward — no more then 20 paces according to one account. Rebel lead struck the Jersey boys with deadly accuracy. The Confederates, Toffey noted, “were directing their attention to the officers.”

I first wrote about Toffey in my 2004 book, Faces of the Civil War: An Album of Union Soldiers and Their Stories. 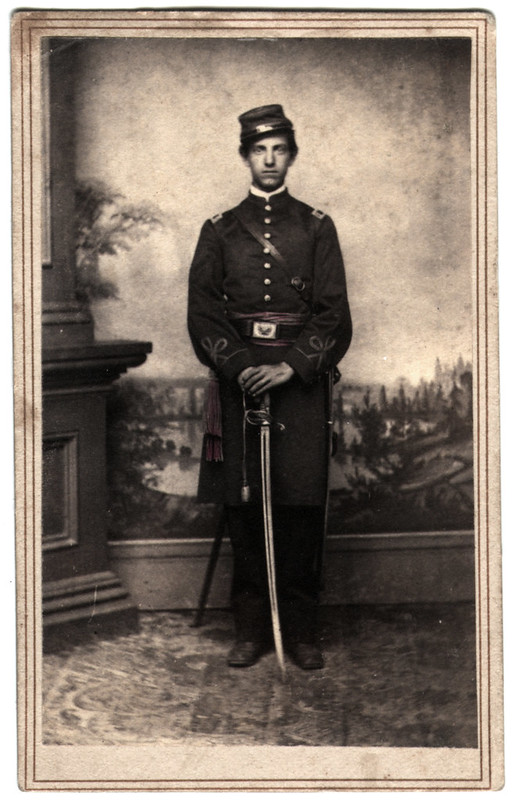 Yesterday I spent a delightful afternoon at the Hopkins Club, which is located on the picturesque Homewood Campus in Baltimore. The Club has a lunch lecture series, and in this first event of the academic year I was honored to talk about African American Faces of the Civil War.

We enjoyed an excellent buffet lunch which featured Maryland seafood, and the Hopkins Sundae—ice cream topped with fudge and caramel, which mimics the black and gold university colors. (Wondering if my alma mater has a desert. Is their a UGA Sundae?)

The room was packed, including several friends from Hopkins Press: Acquisitions Editor Bob Brugger, Publicist Robin Noonan, and Development and Publicity Officer Jack Holmes. Also in attendance was Fred Rasmussen, a well-respected columnist at the Baltimore Sun. Turns out Fred and I grew up about a mile-and-half from each other in New Jersey—Fred in Dunellen and I in Middlesex. Fred’s passion for his work and interest in history was clear from the moment we met.

The event was not without its drama on the roads. A car accident on the Beltway doubled a normally hour long trip. Road construction further slowed my progress. With less than 15 minutes before lunch began, I gave up my attempts to bypass the construction, hastily found a parking space across from the campus, and set out on foot. I made it with a few minutes to spare! 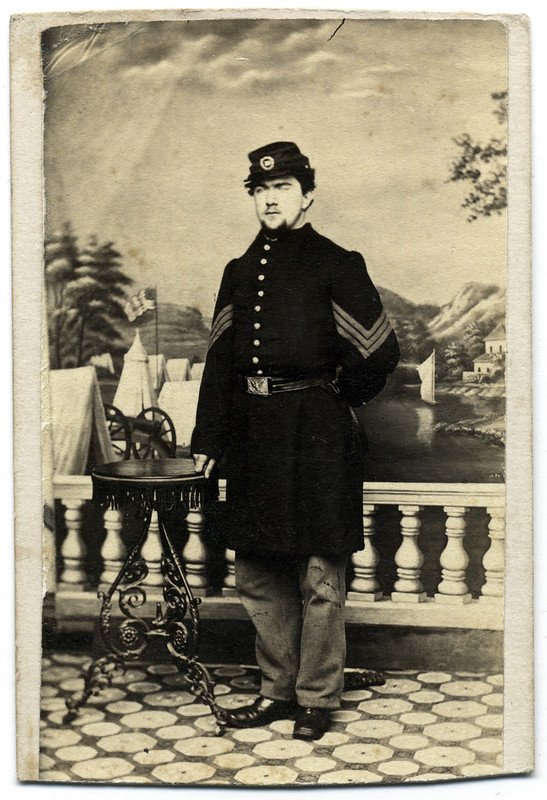 On July 2, 1863, Capt. Harry Chew and the rest of his company, part of the Twelfth New Jersey Infantry, fought for possession of Bliss Barn at Gettysburg. The outcome of the engagement, and the rest of Chew’s story, is part of the larger narrative of the three-day battle. I originally wrote about Chew at Gettysburg in 2009 for Faces of War, my regular column in the Civil War News. The profile is now available for the first time online.

Beneath a scorching sun in the afternoon of July 2, 1863, on the battlefield of Gettysburg, Capt. Harry Chew and his company of about sixty muskets from the Twelfth New Jersey scaled the wall of stone that protected their regiment. They thrashed through tall grass for a stretch, angled right, and crossed the Emmitsburg Road. Then they made a dash for the barn belonging to William and Adelina Bliss, a fortress-like structure with a stone first floor and a second story walled in solid oak, its narrow windows perfect for sharpshooters.

The Jerseymen, in support of the First Delaware, moved in and occupied the property. Chew’s company and the Delaware troops fanned out in a skirmish line and brushed back a band of Confederates. Chew and his orderly sergeant took up a new position along a fence at the Bliss house, adjacent to the barn. They watched as distant Confederate cannon fired in their direction, the shot and shell falling short of where they stood. The orderly sergeant suggested that they move out of harm’s way. Chew replied, “We are as safe here as any where, you can’t run away from them things.” At that moment a solid shot crashed into and knocked a picket out of the fence against which the orderly sergeant had been leaning. Chew shouted, “Get out of here,” and the pair ran to the barn.

During my recent trip to Gettysburg, Superintendent Bob Kirby mentioned the Adopt A Position Program. Back at home, after a Google search, a few clicks, and an email, I received a list of available sites and an application.

The site that stood out among the rest was the Thirteenth New Jersey Infantry. It caught my attention in part because I was born and raised in the Garden State. The other reason is that a few years ago I purchased a circa 1910 photo of a man standing at the base of the monument. I imitated the pose in the same spot, as you can see here.

Excited to participate in the program!