“Gettysburg: Three Days That Saved the United States” is a new commemorative magazine from i-5 Publishing, and its editors worked with The Johns Hopkins University Press to include one of the profiles from African American Faces of the Civil War: An Album. The story they selected is memorable: Alexander Herritage Newton (he’s pictured on the left in the magazine spread below). 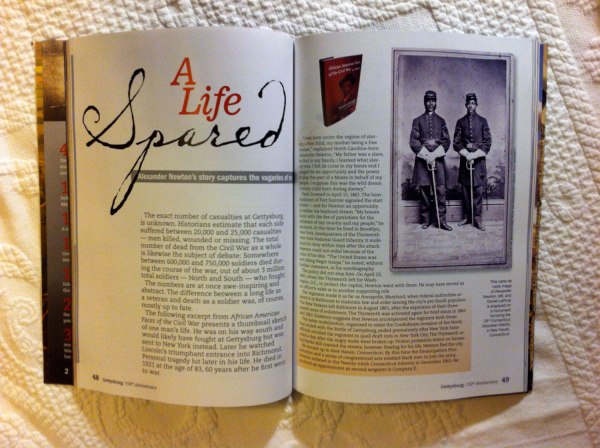 Also included in the special 150th issue is the story of Union soldier Amos Humiston. A photo of his three children was picked from his unidentified body and circulated across the Northern states. Humiston’s story has been often told, and this version by Mark H. Dunkelman is particularly well done.

The magazine is reportedly available at major bookstores.