Acting Boatswain John F. Sullivan (center) started his navy career in 1850 as a sail maker and mate on the Bainbridge. He joined the crew of the screw sloop Narragansett after she was commissioned in 1859, and served on the vessel throughout the Civil War. The Narragansett spent the majority of her time on the West Coast, where she protected American mail steamers from Confederate raiders. In November 1864, Sullivan and his crew mates Paymaster’s Clerk Henry C. Jordan (left) and Acting Gunner William J. Dumont (right) took a break from their regular duties and posed for their carte de visite portrait in the Lima, Peru, studio of American painter and photographer Villroy L. Richardson. 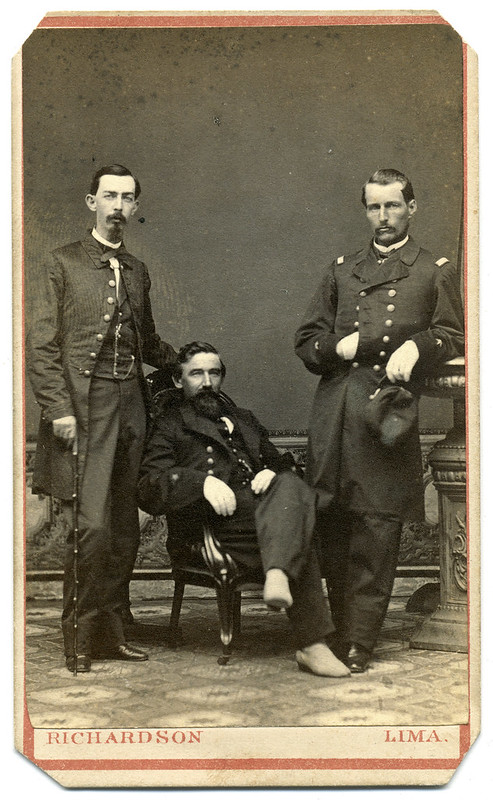