Unusual subject matter in this carte de visite by Martin’s Gallery of St. Paul, Minn. William Crooks (1832-1907), the colonel and commander of the Sixth Minnesota Infantry, stands next to a table top stereoscope, likely made by Alexander Beckers, a pioneer photographer, artist, inventor and businessman in New York City. Beckers, a friend and competitor of photographer Edward Anthony, received ten patents for the stereoscope during two decades in the latter half of the Nineteenth Century. Stereoview photographs could be viewed in 3-D using devices like the one pictured here. 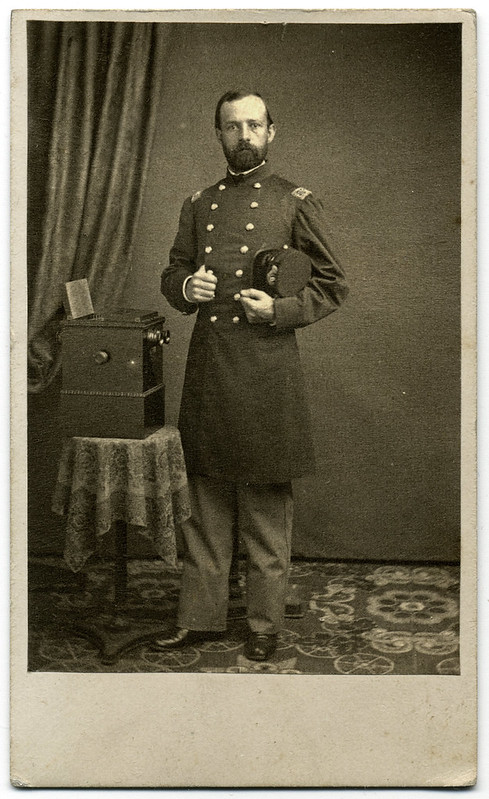