This carte de visite by an anonymous photographer pictures a girl who stands on a cloth-covered box in front of a floral backdrop. The flowered pattern emanates from her head and shoulders, and the folds in the backdrop indicate that her mother or another adult held the young lady steady for the photographer. This technique was commonly used during the Civil War period to keep movement to a minimum while the child’s portrait was taken.

The back of the mount contains two items that suggest California origins. A modern pencil inscription notes that this photo was from the Veerkamp family album, El Dorado County. An internal revenue stamp, which dates this photo between 1864-1866, is hand-cancelled with the initials “GHG,” possibly George H. Gilbert of Placerville. Gilbert, a daguerreian pioneer, was active in Placerville from 1860-1880.

According to the 1870 federal census, Frank Veer Kamp of Hanover, Germany, his wife Louisa, and four boys lived in Colona Township, El Dorado County. If the little girl pictured here was a daughter, her absence from the census roll suggests she died before 1870.

Her carte de visite is new to my collection, and now available on Pinterest, Tumblr, and Flickr. 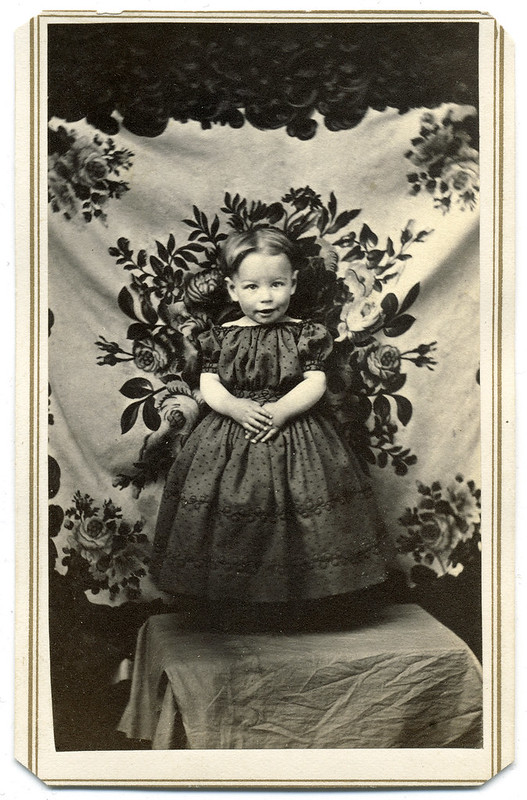