New to my collection is this carte de visite of William Henry Hathorne by R.A. Miller of Boston, Mass. A dry goods salesman in Worcester, Mass., prior to the Civil War, Maine-born Hathorne was appointed an acting assistant paymaster in the spring of 1863. Ordered to the Mississippi Squadron soon after, he served a stint on the casemate gunboat Cincinnati before reporting to the gunboat Silver Cloud for the duration of the war.

Hathorne was present for duty on the Silver Cloud in January 1864, when the ship and crew carried Maj. Gen. William T. Sherman on a trip from Memphis, Tenn., to Vicksburg, Miss. Three months later, on April 14, the vessell participated in operations against Fort Pillow, which had been captured by Confederate Gen. Nathan Bedford Forrest two days earlier. Union forces were successful in driving away Forrest and his men.

Hathorne left the navy in the autumn of 1865. He returned to Worcester, married, and worked as a salesman until his death in 1904. 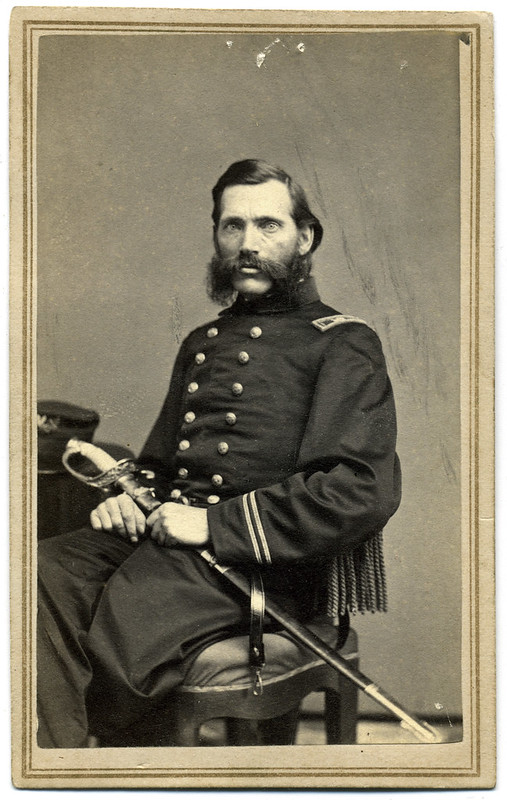