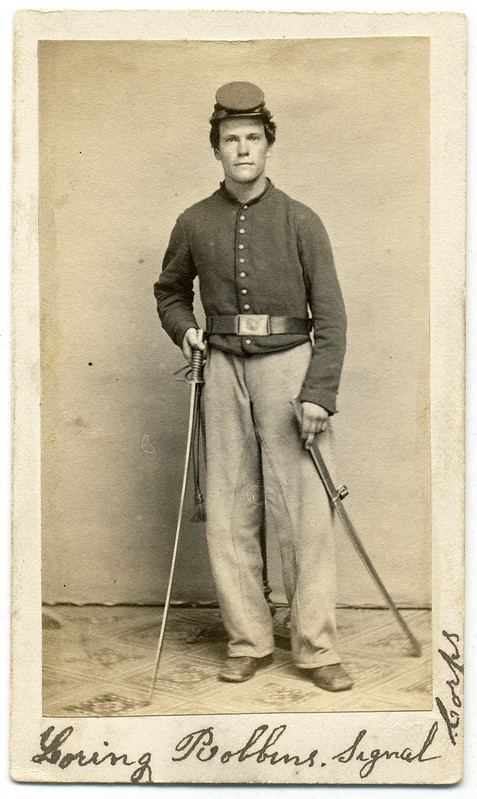 This inscription can be found on the back of the mount of this photo of an unidentified Union officer by Mathew Brady. Also inscribed is “For Dr. Stanton.”

The image was once part of an album that included other photos inscribed to Dr. Stanton. The photos were portraits of officers who served in the Army of the Potomac—14th Connecticut Infantry, 14th Brooklyn Infantry, 8th Illinois Cavalry, 2nd Wisconsin Infantry and 24th Michigan Infantry. Other images include surgeons and various hospital personnel.

One theory is that the men in the album were all patients of Dr. Stanton, who may have been Surg. Joshua Otis Stanton. According to one source, “He entered the military service in June, 1862, as acting assistant surgeon and served in and about Washington till February, 1865. In 1864 he was appointed surgeon of the First New Hampshire Cavalry, but declined on account of ill health. In February, 1865, he was appointed surgeon of the United States Veteran Volunteers and attached to the provost-marshal general’s bureau and served till October of that year.” 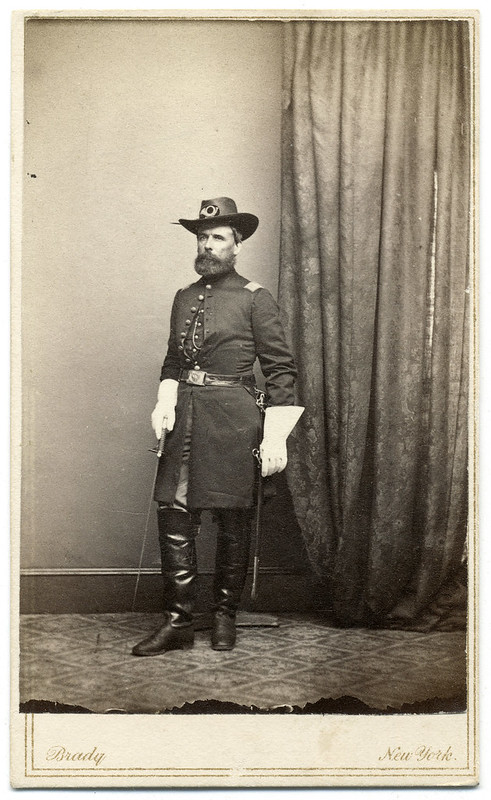