New to my collection is this carte de visite of William Wingood Jr. by B.P. Paige of Washington, D.C. Wingood left his home in Rockport, Massachusetts, in the summer of 1862 and joined the Union navy as an ensign. Authorities assigned him to the wooden screw sloop Ossipee. The warship and its crew steamed to the Gulf of Mexico, where it captured a number of vessels attempting to run the blockade. In March 1864, the Ossipee joined the fleet of Adm. David Farragut for the invasion of Mobile Bay. On August 5, 1864, the Ossipee passed safely by the enemy forts that guarded the mouth of the bay. The ship and crew steamed into the bay and participated in the ensuing naval battle, and is best known for its role in bringing about the surrender of the Confederate ironclad ram Tennessee to surrender. 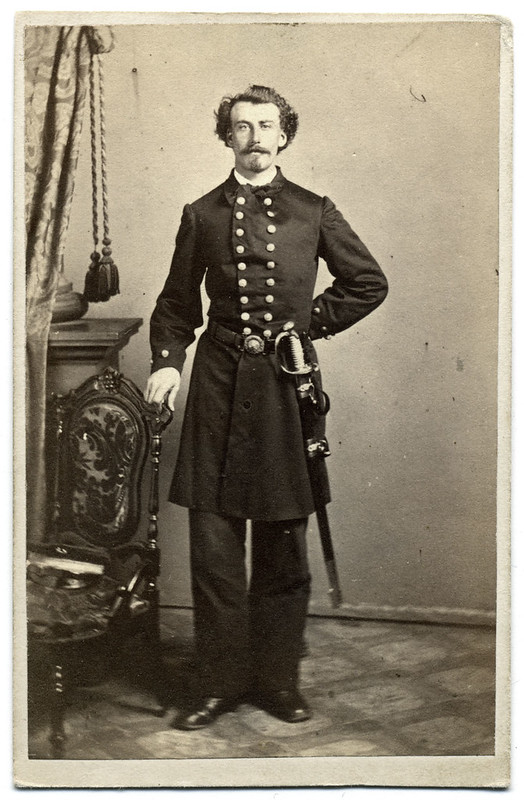